“What is now proved was once only imagined,” wrote William Blake. London’s greatest modern mystic lent his inspiration to our gathering as around 150 people met in Colet House, London. Organised by the Scientific and Medical Network, generously supported by the Fetzer Institute, and originally conceived by Mark Vernon, we were there to ask how consciousness evolves. We focused, in particular, on the part played by the human imagination.

It was a day of heartfelt discussions and, after a shared lunch, joyful improvisation led by Pippa Evans. Our guide throughout was Owen Barfield, the so-called “last Inkling” and friend of CS Lewis and JRR Tolkien. They both confessed that Barfield had the best ideas. 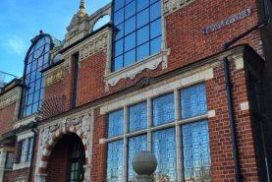 We were reminded too of the role that the writings of Rudolf Steiner played in Barfield’s life by one of the day’s speakers, Gary Lachman. Gary conducted what turned out to be Barfield’s last interview. He reminded us that Steiner had seen that the world we live in today was imagined yesterday, and the world of tomorrow is being imagined today.

In short, imagination matters. It matters very much indeed. As Malcolm Guite, another contributor, explained: it is a truth-bearing faculty. Just why was understood by Barfield through his appreciation of the poet and philosopher, Samuel Taylor Coleridge. Coleridge had realised that the imagination is the “prime agent of all human perception”. It forms what we see. It can make mistakes, which Coleridge called fancies. But it can also facilitate nothing less than a sharing in divine sight and so reveal the world as bathed in spiritual light.

It happens when our individual capacities align themselves in the service of the whole. This pattern can be perceived in nature herself, argued Marilyn Monk, another discussant. Every element, from subatomic particles upwards, understands itself by the part it plays in the dance of the totality it shares.

Part of our service, suggested Simon Conway Morris, is to become conscious of the meaning of life. This is our joy and struggle, manifest no more clearly than in the extraordinary abilities provided by our use of language. As Barfield realised, if we seriously reflect on the way words work we can come to see that they are given to us by nature. Further, when we breath them out, charged by our imagination, we are sharing in nothing less than the creative activity of the Spirit. To know this is to embody a shift of consciousness that is the urgent task of our day.

And yet, this disenchantment and alienation is part of our evolution. The struggle to regain sight of the living processes and spiritual beings appreciated by our ancestors is also the way to a new kind of freedom. As Jessica Kingsley suggested, when she reflected on the effects of spiritual practices: this freedom comes with experiencing our awareness reaching beyond what we thought were its limits, much as words liberate our minds when they point beyond themselves.

The truth is that our reason and imagination are enfolded in one another, explained Malcolm Guite. When they work together, they release the intuition that can grasp the whole. This is the level of participation with life that we are invited to share, added David Lorimer. It’s to realise that the centre in me that says, “I am”, is the centre in another who says, “I am”, which is also the centre of the divine I AM.

David cited Thomas Troward who amplified the dynamic: “The divine operation is always for expansion and fuller expression,” and this operates “in the same manner in me.” Or, as Coleridge put it: “The primary imagination I hold to be… a repetition in the finite mind of the eternal act of creation in the infinite I AM.”

In the afternoon, we divided into smaller discussion groups pursuing one of four themes: personal formation, religious and spiritual traditions, science and modernity, and mysticism and gnosis. The room came alive with thoughts as people pursued questions such as what individual transformation involves and how religious traditions can be freed to communicate their life once more. Others contemplated how science and spirituality are akin because they both seek to test intuitions. There was also much discussion of the nature of gnosis and how to communicate powerfully felt mystical vision.

Such vision is not to obscure that we live in dire times, continued Richard Tarnas as the bright sunshine of the day yielded to winter’s early night. Indeed, this vision entirely understands the desperate state of things because it also appreciates that any true transformation of vision, as opposed to an extension of what’s already known, is gained only after a phase transition. There’s a death that leads to a rebirth; an initiation. It is to reconnect with our true selves, added Mark Vernon, which is not an isolated essence within us but nothing less than the wellspring of the fullness of life.

It seems that today the western world is undergoing a cultural dark night of the soul and it will produce real tragedy. But there is also a telos to this descent, an end to the spiritual emergency, which is a return and unfolding. It can be known as such, offering a way fully to embrace what’s going on. The imagination is crucial here as well because it can inspire the moral courage to speak about these things; the trust to undergo the near death experience.

It sounds extraordinary to say so, but we are asked to become co-workers and co-creators with the soul of the world. This is the meaning of the evolution of consciousness. It’s why our gathering ended with hope. We are invited to offer all we have in this service and will find that we are assisted.

We had assembled to consider what spiritual experience might mean in a secular age when understood as an evolution of consciousness. We left with a sense that it can mean everything.

Recordings of much of the day will be available online later this month.